After the Rio Olympics and back on home soil, some of Team GB's gymnastic superstars returned to compete alongside eight other nations in the prestigious 'all-round' competition across six different apparatus. With only 2 days to prepare the O2 arena for this major gymnastic event and 1 day to de-rig it, a team of 68 crew worked a total of 440 hours to build and de-rig an elevated platform for competitors to showcase their incredible skills to the crowds watching around the globe. 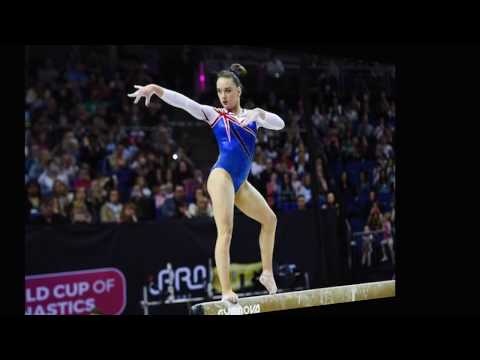 With 20 crew poised and ready to get going on day one, 4 Fork Lift operators went about unloading the 6 artic lorries. They contained the raised flooring and gymnastic equipment including; sprung floor and mats, pommel horse, rings, vault, parallel bars, horizontal bar, uneven bars, beam, springboards and chalk bowl stands. Unloading each artic individually, the operators first delivered the flooring into the main arena for the awaiting crew to begin constructing the raised floor.

As stacks of flooring started to arrive in the main arena, construction of the raised platform began. With floor plans at the ready, our crew began to build the decks, attach the legs and position them where needed.

The decks were then clamped together and braced by 400KG weights in numerous positions to ensure that the gymnasts are the only things flying during the competition!

A total of 642 decks, over 3800 clamps and approximately 8 tonnes of weights were used to create, brace and secure the raised platform in readiness for the gymnastic equipment. Rolls of coloured carpet were delivered next, these would cover both the raised platform and the outer surrounding floor.

Work continued into the second day with now 22 crew on site to apply the finishing touches to the build. With the floor in place, carpets laid and equipment tested the competition was underway.

After a successful tournament, 26 crew descended on the O2 and set about dismantling the equipment. Exceeding expectations, the crew were able to de-rig and load all trucks two hours ahead of schedule. Generous as we are, we were happy to give the drivers a head start to the next competition at the Echo Arena in Liverpool, where our Northern Crew were standing by for the next build.

Fill in our quote form and our orders team will email your estimate directly.